Irritable Bowel syndrome is a common digestive disorder, thought to affect at least one third of the population in the UK occasionally. In 10% of individuals, the symptoms are severe enough to interfere with normal life. Although it most commonly starts between the ages of 15 and 40, it can in fact occur at any age. It affects both men and women, and some women find it increases in severity pre-menstrually. It may also be linked to endometriosis.

The most common factor associated with IBS is the interaction between the brain and the gut. The bowel has a rich supply of nerves that are in communication with the brain. Virtually everyone has had, at one time or another, some alteration in bowel function when under intense stress, such as before an important event, examination or during a family conflict.

People with IBS seem to have an overly sensitive bowel, and perhaps an abundance of nerve impulses flowing to the gut, so that the ordinary stresses and strains of living somehow result in colon malfunction. Many problems within the digestive tract are linked to stress. Nerves receive messages from the brain in the form of hormones, which expand or contract the intestinal muscles. Stress can affect this delicate hormonal balance. When IBS occurs, the colon does not contract normally. Instead, it seems to contract in a disorganised, at times violent, manner. The contractions may be terribly exaggerated and sustained, lasting for prolonged periods of time. One area of the colon may contract with no regard to another. At other times, there may be little bowel activity at all. These abnormal contractions result in changing bowel patterns with constipation being most common. The resulting pain can feel like an internal fist clenching. Other symptoms include bloating and diarrhoea. Chronic. Long-term stress can shut down the digestive system altogether.

IBS is not a disease. Although the symptoms of IBS may be severe, the disorder itself is not a serious one. Rather, it is a problem of abnormal function. The symptoms may be particularly severe at some times and absent at others.

How is IBS diagnosed?

A qualified medical practitioner should always diagnose IBS, since the symptoms of IBS can resemble those of other bowel diseases. Nevertheless, doctors can usually be quite confident at diagnosing IBS on the basis of the pattern of symptoms alone without recourse to tests to rule out every other possible condition. A diagnosis of IBS can only be made if there is frequent abdominal discomfort that is either relieved by going to the loo or associated with changes in frequency (a tendency to either diarrhoea or constipation). The diagnosis is supported if you experience difficulty passing motions, you pass mucus, or you have bloating and feelings of abdominal distension. IBS is a condition that can start at any time, but frequently begins in early adulthood and comes and goes over the course of many years.

The quick answer to that is ‘we all do’, though some people get it more severely than others. Our bowels are not always as regular as clockwork and bloating and abdominal pain are very common complaints. At any one time 20 to 25% of people living in western countries fulfill the diagnostic criteria for IBS. In common with other medically unexplained illnesses, IBS is more frequently diagnosed in women compared with men, in young people compared with old and in western countries compared with the developing world. It is commonly associated with emotional tension and is frequently triggered by life changes, difficult life situations or stressful life events.

The results of the first formal research study on hypnosis treatment for IBS were published in the Lancet in 1984. The investigators, Dr. Peter Whorwell and his group in Manchester in England, reported remarkable success from a seven-session hypnosis treatment of 15 patients with severe IBS problems who had not responded to any other treatment. All 15 patients treated with seven sessions of hypnotherapy improved, with dramatic improvement seen in all the central symptoms of IBS. The researchers furthermore showed that this therapeutic impact was not merely due to belief or expectancy of improvement, because a comparison group of 15 IBS patients who were instead treated with the same number of psychotherapy sessions and also received placebo pills (pills with no medication) showed only slight improvement. This was a powerful demonstration of the impact hypnotherapy could have on IBS, and led to considerable subsequent interest in this approach to IBS treatment.

Since this first report, more than a dozen other published research reports have confirmed that hypnosis treatment is effective in treating IBS.

Although no one can accurately say why hypnosis helps, the hypnotic state itself, without any specific suggestions, will slow down gut motility and change acid secretions in the stomach.

We believe that a multi-modal approach, looking at lifestyle, stress, diet, exercise, negative cognitions, behavioural responses, and emotional upset, is the way forward for this distressing condition. Unless there are no other presenting problems, IBS is normally dealt with in about six visits. Sessions of hypnosis are normally recorded in order that clients can continue and practice hypnosis in-between appointments. We also combine our sessions with cognitive therapy and stress management techniques. Hypnosis creates feelings of calm and relaxation, and allows clients to be in control. We always teach our clients self-hypnosis. Individual sessions are spaced in order to gain maximum benefit. Even with the most aggressive cases of IBS, we have found around 80% improvement * in most symptoms, coupled with an overall ability to cope with stress.

IBS is ideal for treatment with hypnosis, as there is no structural damage to the body. During hypnotherapy people learn how to influence and gain control of their gut function and then seem to be able to change the way the brain modulates their gut activity (Whorwell 2005).

Firstly, patients are given a brief outline of the anatomy and physiology of the gut and a schematic representation of their symptoms, using a diagram of the colon showing how smooth muscle spasm can give pain, bloating and a disordered bowel habit. Patients are told that the reduction of this spasm and normalisation of smooth muscle activity will reduce pain and bloating and encourage a more normal flow through the bowel.

Hypnosis is induced by a standard technique, then over successive sessions, patients are asked to place a hand on their abdomen and feel warmth; then this warmth is related to reduction of spasm and the ability to alleviate pain and distension; patients are told that bowel habit will normalise as their control gradually improves; they visualise the gut as a meandering river and they can adjust the flow along it to a comfortable setting as one would open and close lock gates on a river.

Patients may be given a self-hypnosis tape to use at home. Ego-strengthening and confidence-building comments can be made at the end of the sessions. Hypnotherapy can be administered to patients individually or as a group.

The GDG discussed whether … leaving patients too long may have meant the person was no longer able to respond. In addition, the GDG was keen to determine whether these therapies could be used as first line treatments, as they had potential to enable people with IBS to cope with their symptoms by giving initial treatments which would have long term sustainability. This view was supported by evidence in children with IBS, which showed that hypnotherapy is clinically effective as a first line therapy. (Details of therapy for CHILDREN can be found here.)

Carole is a member of the IBS register (www.ibsregister.com) and is qualified in the use of hypnosis for IBS and related conditions. Hypnosis and Hypnotherapy are also shown to be effective treatments for Crohns disease and Inflammatory Bowel Disease. 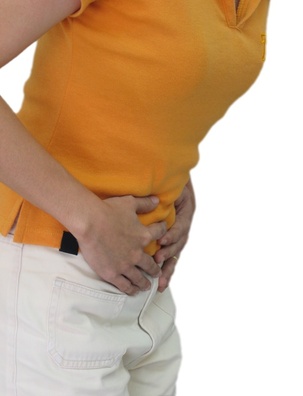